On December 9, 1981, at approximately 3:55 a.m., Officer Danny Faulkner, a five year veteran of the Philadelphia Police Department, made a traffic stop at Locust Street near Twelfth Street.

The car stopped by Officer Faulkner was being driven by William Cook. After making the stop, Danny called for assistance on his police radio and requested a police wagon to transport a prisoner. As Danny attempted to handcuff William Cook, Mumia Abu-Jamal ran from across the street and shot the officer in the back. 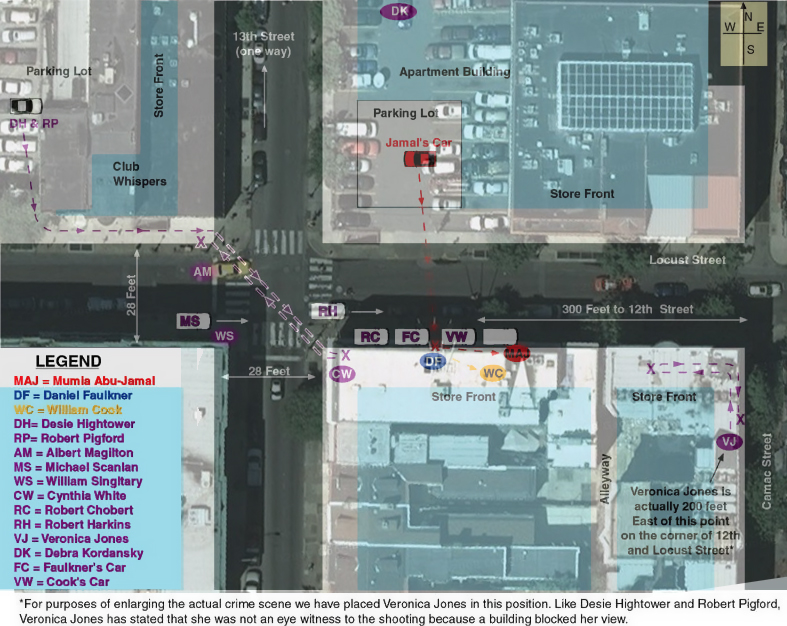 Danny turned and was able to fire one shot that struck Abu-Jamal in the chest; the wounded officer then fell to the pavement. Mumia Abu-Jamal stood over the downed officer and shot him four more times at close range, once directly in the face.

It is intended to give the reader a general understanding of the substantive issues regarding the case against Mumia Abu-Jamal.

The information shown here comes directly from the trial transcripts and the original statements given to police.

The SUMMARY OF CASE facts

Who is Mumia Abu Jamal?

A former Black Panther and journalist who had been fired by the National Public Radio came across his brother in an altercation with police at 4 a.m.

There is undoubtedly a link between Mumia Abu-Jamal and the violent anti-government, anti-police group known as MOVE.

The Trial of Mumia Abu-Jamal

Six months after the 1982 shooting of Daniel Faulkner, the trial of The Commonwealth v. Abu-Jamal began.

Summary of the Eyewitness Evidence

Mumia Abu-Jamal was physically identified as Daniel Faulkner’s killer by 4 out of 5 eyewitnesses.

Mumia made multiple appeals over ten years that made it all the way to the Supreme Court before being denied.

Bobby Yantorno was a young cop when Philadelphia Police Officer Daniel Faulkner was tragically murdered in the line of duty in 1981. Throughout his...

END_OF_DOCUMENT_TOKEN_TO_BE_REPLACED 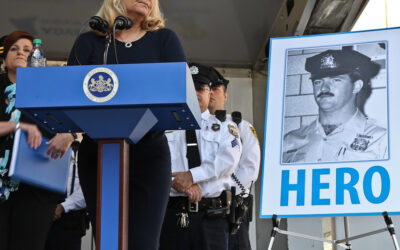 A message from Maureen Faulkner and family: "This past Tuesday, at 11:15am, Philadelphia attorney Larry Krasner and his ADA's had a conference call...

END_OF_DOCUMENT_TOKEN_TO_BE_REPLACED 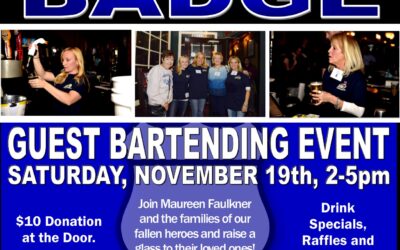 Families Behind the Badge

Our longtime friends at the Irish Pub in Philadelphia will be hosting a guest bartending night with Maureen Faulkner and the families of fallen...

Maureen Faulkner wanted to find a way to place a silver lining around Danny’s death, so she created the Daniel Faulkner Educational Grant Fund, a 501c(3) non-profit, in 2000.

We provide educational grants of all types to children of murder victims.

Help Our Cause
DONATE TO OUR CAUSE

Without the support of Justice for Police Officer Daniel Faulkner, the Faulkner family – and specifically Maureen – could not afford to keep up the vigilant fight.