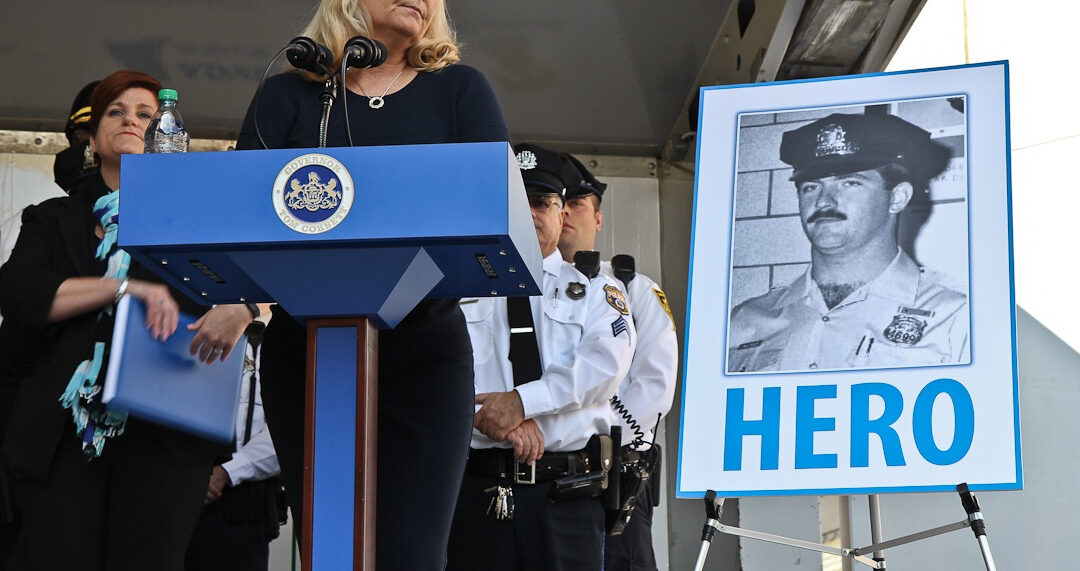 A message from Maureen Faulkner and family:

“This past Tuesday, at 11:15am, Philadelphia attorney Larry Krasner and his ADA’s had a conference call with me, my husband, and the Faulkner family. He laid out options regarding the case in which we expressed that we strongly wanted the case appealed in order to keep this remorseless murderer behind bars.

During the conversation, my niece spoke up and said:

“Larry, you sound like you have already made up your mind not to appeal”, in which he responded:

“No, I have not. I will take all of your feelings into consideration. I am not sure when I’ll make the final decision, but when I do, we will make sure the family is notified promptly.”

Fast forward to the next morning, I was on my way home from taking my dog out for a hike in the mountains. I was driving down a very treacherous, winding road, when my phone rang….

It was a news reporter.

He asked, “Maureen have you heard the news? DA Larry Krasner has decided to withdrawal the appeal.”

At that moment, every emotion hit me like a freight train and I broke down hysterically crying. Why was I finding out about this sensitive information from a reporter and not receiving a phone call from the DA’s office?! I had to pull over on the edge of the road to calm myself down. I felt betrayed, not only by Larry, but frankly, the entire justice system.

It was at that moment that it became crystal clear that Larry Krasner has his own agenda. He could not care less about the crime victims, the survivors, or all of the pain they have endured.

I think the city of Philadelphia needs to rise up and speak out against this deceitful man whose job it is to protect the police department, the law abiding citizens, and the survivors of crime. I think the judges of Pennsylvania need to take a second look at the plea bargains DA Krasner is handing out to convicted criminals.

Please join us for a press conference this Tuesday, April 23rd, at 6pm EST
at the:

I will be there along with the Faulkner family. We are inviting all officers, survivors, and concerned citizens to join us and express your concerns.

We must stand united so the city of Philadelphia does not fall.