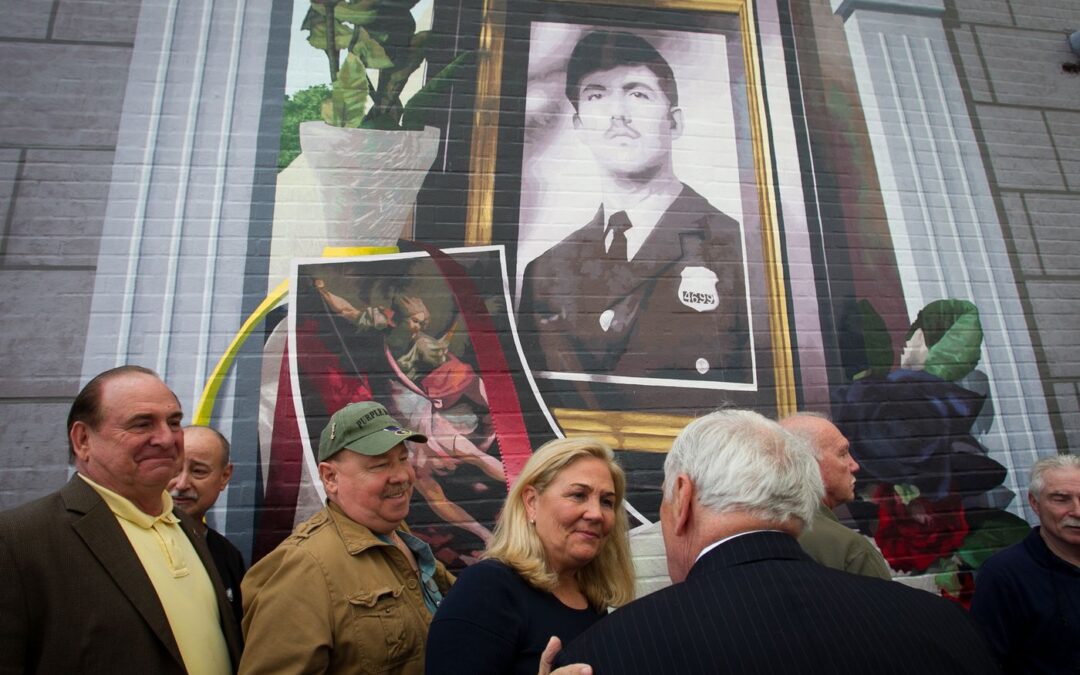 THANK YOU, Goddard College. Thank you for inviting Mumia Abu-Jamal to be your commencement speaker. You have brought to a head the outrage decent people feel when they hear this unrepentant cop killer has his own syndicated radio show from prison and is arguably the face of the ever expanding field of celebrity criminals.

As a result of this outrage and the appearance of Maureen Faulkner, Danny Faulkner’s widow, Pennsylvania state Rep. Mike Vereb met with lawyers and has crafted a bill that will give victims a chance to stop people like Abu-Jamal from re-victimizing them. The Senate version of the bill is being voted on today in Harrisburg and I’m convinced it will pass overwhelmingly.

The bill will allow victims or their survivors, district attorneys and the attorney general to go before a judge and ask that people like Abu-Jamal stop actions that are continuing to cause them pain. Of course, the ACLU will sue and claim that poor Abu-Jamal’s First Amendment rights will be violated.

In fact, Joel Mathis, a Philadelphia Magazine writer that I really liked, argued that the contents of this bill and its theory parallel a 1991 Supreme Court ruling in the matter of Henry Hill of “Goodfellas” fame. The court said a New York law that would silence Hill would have also silenced Martin Luther King, Malcolm X, Emma Goldman and Sir Walter Raleigh.

With all due respect to Joel’s point, I think Abu-Jamal’s crime is different. The blood-stained celebrity he derives from this is a direct slap in the face to Maureen, the surviving Faulkners, cops and taxpayers.

This bill is also a shot back at places like Goddard and their passive-aggressive faculty, self-absorbed students and alumni that thumb their noses at laws, traditions and commonsense decency. Samantha Kolber, one of their communication people, when involved in a Twitter battle over the Abu-Jamal commencement speech tweeted out “Gandhi was also a convicted felon, should he not have had a platform?” Of course, Gandhi did not assassinate another human being between the eyes as Abu-Jamal did at 13th and Locust when he murdered Danny Faulkner.

I interviewed another of Goddard’s communication people who made the argument that Condi Rice spoke at a college near Goddard and even though he and Goddard saw her as a criminal it was good that she was able to speak. Logic doesn’t seem to be a course requirement at Goddard.

State Sen. John Rafferty asked a very pertinent question during this entire Goddard controversy. He asked “How could the school pick a cold-blooded killer for speech-making?” My answer is these students have been indoctrinated by Goddard and their educational experiences to believe that because Abu-Jamal claims he is a victim of racism it must be true. That the court system and the police are racist.

They advocate that America is a racist country and has enslaved people like Abu-Jamal over hundreds of years. That Ward Churchill, Ben and Jerry and Danny Glover and the rest of Hollywood can’t be wrong about Abu-Jamal.

I’m pretty sure that the Goddard students were raised on the works of radical historian Howard Zinn, a favorite of Philadelphia City Council and big supporter of people like Mao and Castro. Zinn included Abu-Jamal’s works in his Voices of a People’s History of the United States. So if your education consists of this type of indoctrination, then Abu-Jamal is a Hall of Famer in the battle to run down America and our history.

In a nice touch, Abu-Jamal was billed as a motivational speaker.

And Abu-Jamal has accomplished the goal of motivating people. The clueless logic demonstrated by Goddard has finally roused people to take action. Abu-Jamal had spoken from prison before at Antioch University and Evergreen College, but there was no remedy to his hurtful rantings and celebrity status.

Today the Legislature in Harrisburg will start to take corrective action. They will be able, for the first time, to provide the public with a process that finally challenges radical colleges, criminal coddlers and race baiters from continuing to wound victims through people like Abu-Jamal.

I’m told that when the bill passes there is a good chance that Gov. Tom Corbett will sign the bill on the very spot that Abu-Jamal shot Faulkner between the eyes almost 33 years ago. A lot of the credit for such quick action goes to Vereb. He’ll be there at the signing and so will I. I hope you join us.